Nestled in a valley in Northeastern Ohio about 50 miles southwest of Cleveland and ve miles southeast of Wooster is Green Field Farms, a farming co-op formed in 2003.

The members of the co-op, who are also members of Amish and conservative Mennonite churches, use horses and buggies as their main transportation.

They came together to form the co-op in 2003 with the dual purpose of preserving small family farms as well as providing wholesome food products to a growing marketplace. 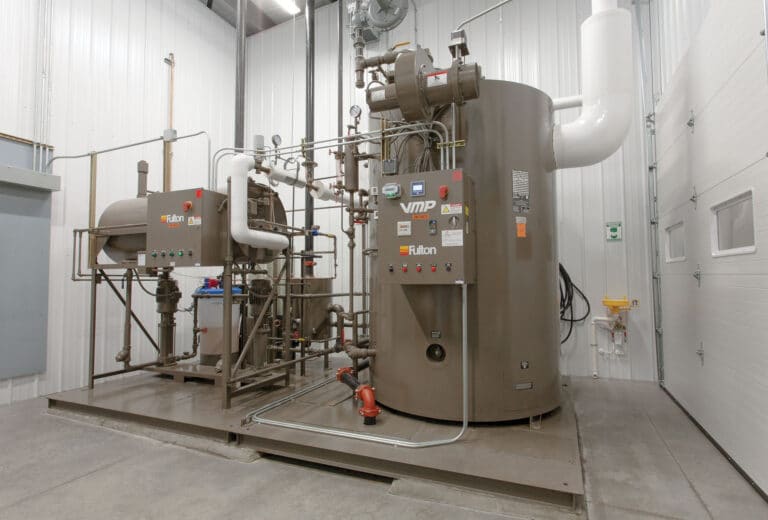 While their products range from kale chips to maple syrup, their major success has been with seasonal produce in small specialty markets as well as large supermarket chains such as Kroger.

Building on this success, Green Field Farms opened a $3.6M dairy in 2018 in the nearby town of Fredericksburg.

At the center of their dairy operation is a Fulton VMP-100 steam boiler, used principally for pasteurization.

“We say that boiler is the heart of our dairy operation because, without it, we can’t do anything,” says James D. Swartzentruber, Green Field Farms project manager.

The VMP-100 was recommended by Gary Estep, a sales rep at Boiler Specialists, Inc, because, as Gary says, “it’s robust, reliable and rugged; it’s very dependable. We’ve sold quite a few, and have had no issues.”

The Fulton VMP-100 was also recommended by Chad Beery at Kidron Electric, Inc., who was the mechanical and electrical contractor who did the installation, including steam piping, testing, and start-up. He recommended the VMP-100 principally due to Fulton’s ability to provide it as part of a pre-engineered, pre-piped, single-source solution.

That means, in preparation for starting dairy milk production in early June 2018, the Fulton VMP-100 arrived on a skid with a Fulton feedwater/condensate return system, blowdown tank, water softener, and chemical feed system – everything pre-piped. Minimal additional onsite piping was needed on the boiler skid itself.

(Note: The Fulton equipment was sized for a production capacity of 3000 gallons of milk per day, while the VMP-100 operates at a set point of 90 psi, though it is run between 85 and 95 psi.)

The vertical aspect of the VMP-100 boiler was, for both Chad and James, another important feature. “We have a pretty compact mechanical room where the boiler is installed,” said James. “It had to t a certain footprint, and it did.”

How quickly it makes steam, though not a big consideration initially, became important. As James said, “Now that we have it, we really appreciate it.”

It’s also great at maintaining steam pressure. “We have zero complaints with how quick it creates steam or how well it maintains steam pressure,” said James.

“We have even gotten quite a few compliments from other people who work with the Fulton boiler such as our chemical suppliers who say it can produce steam more quickly than a lot of other dairy plants can.” 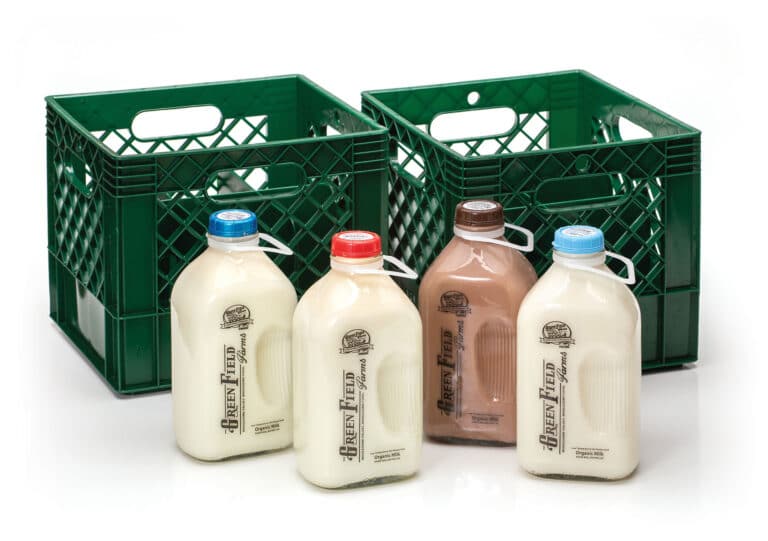 As Green Field Farm’s goal is to sell as close to raw and natural products as possible, most everything they sell is certified as organic. But they also go “beyond organic” in many respects, such as with their soil amendment program that ensures healthy soil conditions are maintained to maximize the quality and health of their food crops.

That’s why, on the dairy side of it, they don’t homogenize their milk, which is basically breaking down the cream particles so that they stay suspended in the milk. So the cream actually separates from the milk and oats to the top.

For the pasteurization process, Green Field Farms takes the extra step to connect VMP- 100 boiler steam to a culinary filter. “We take regular 90 psi steam from the boiler, run it through a pressure reducing valve, and then through a filter so that it’s culinary steam, the steam that’s super clean,” says James.

Green Field Farms also uses steam from the VMP-100 to heat all of the hot water in the dairy plant, including the cleaning water for the half-gallon glass bottles that customers are encouraged to return for a rebate as part of Green Field Farm’s sustainable operations.

At Green Field Farms co-op, Boiler Specialists, Inc. does the maintenance and servicing in addition to providing sales support. Working with James, they recently set up a preventative maintenance plan at three-month intervals.

Thus far, the boiler hasn’t been in need of any major support. “Except for an adjustment made to a steam regulator, which wasn’t related to the boiler’s performance, we haven’t really needed to perform any service,” said Gary at Boiler Specialists. 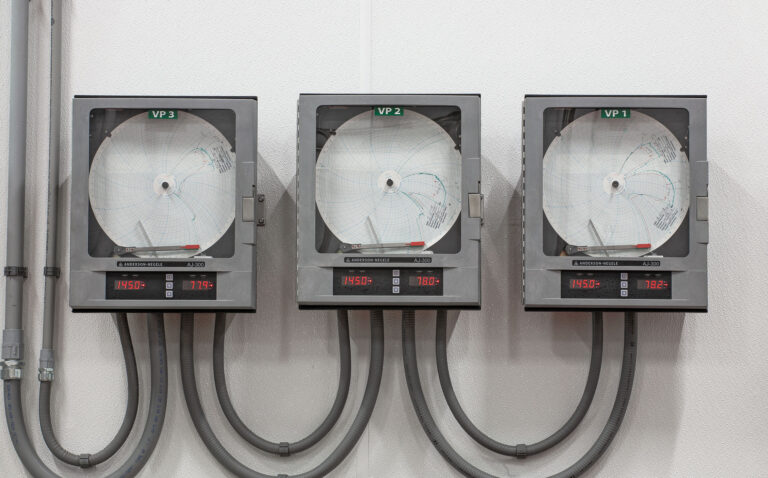 At Green Field Farms, the Fulton VMP-100 boiler performs a special form of pasteurization called vat pasteurization, which is considered to be a healthier option than regular pasteurization because it uses a lower temperature.

Milk is put into a jacketed vat and then steam is injected into the jacket, which gently heats the milk up to 145°F – the lowest legal temperature allowed in Ohio to pasteurize milk – for 30 minutes.

Shown above are the vat pasteurization electronic controls (one for each of three vats) used to monitor this process. They record the 145°F temperature on a circular chart and display it in real-time with an LED readout.

Consistent and reliable steam is critically important because the goal is to render the milk safe for consumption without altering or destroying its natural goodness.

This importance is further underscored by Green Field Farm’s requirement to certify their milk’s pasteurization treatment to state licensing authorities.

“I’ve been really happy with the way the boiler has performed so far,” said James.